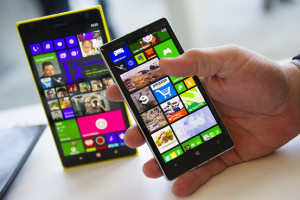 Microsoft announced it will complete its US$7.5 billion acquisition of Nokia’s cellphone business by Friday, April 25, including over 30,000 staff, a wide range of devices and Nokia’s CEO, who will report directly to Microsoft’s CEO.

The transaction will allow Microsoft to compete directly against Apple, Samsung and other cell-phone makers and allow Nokia to focus on generating revenue from its extensive patent portfolio.

Chinese antitrust regulators finally gave their approval to the deal earlier this month, while South Korea’s regulators still haven’t given their approval, but the parties claim approval from Korea is not required to close the deal.

HELSINKI– Nokia Corp. NOK1V.HE +1.14% and Microsoft Corp. MSFT -0.17% expect to formally conclude the transfer of Nokia’s phone business on Friday, April 25, putting an end to months of wrangling with regulators across the globe.

The €5.4 billion deal, announced last September, was originally slated to conclude by the end of March this year, but was delayed due to lacking regulatory clearances from several Asian countries.

It is still unclear if Nokia’s major handset factory in India will be included in the deal, or if the handover of that asset will be delayed due to a long-running tax dispute between Nokia and tax officials there.

Earlier this month, the transaction received a green light from Chinese regulators, one of the key final hurdles to complete the transaction. The deal is “now subject only to certain customary closing conditions,” Nokia said in a news release Monday.

The closing will allow the Finnish company to jettison its unprofitable handset business that once dominated the global mobile-device industry, and let Microsoft compete directly in the fast growing smartphone business against Apple Inc., AAPL +1.19% Samsung Electronics Co. 005930.SE -0.07% and other players.

Nokia and Microsoft have several adjustments to the original terms of the transaction, Microsoft’s General Counsel Brad Smith wrote in a post on the company’s official blog on Monday, citing the “size, scale and complexity” of Microsoft’s acquisition.

Most notably, Microsoft won’t be taking over a smaller Nokia manufacturing facility in Masan, South Korea, which is involved in production of Nokia’s smartphones. Microsoft requested a change in the transaction to exclude the 200-employee factory “due to excess capacity,” a Nokia spokesman said.

Nokia is in the process of evaluating its options with regards to the future of the facility, the spokesman said.

In addition, Mr. Smith said Microsoft will be managing the www.nokia.com Internet domain, as well as Nokia social media operations for up to a year following the closure of the deal. It will also be taking over 21 mobile phone researchers at Nokia’s Chief Technology Office in China, who in the original deal were set to remain with Nokia.

While regulatory hurdles have been essentially cleared, it is unknown if Nokia’s massive 8,000-employee phone factory in India’s Tamil Nadu state will be transferred to Microsoft. Nokia is locked in a dispute with tax authorities in India, and could be forced to keep the phone factory and remain as a contract manufacturer for Microsoft under a transitional period, unless the dispute is resolved within the next few days.

“The situation [in India] is a complicated one, and Nokia is continuing to weigh its options,” Nokia said in a statement. “As there is still time before the closing of the deal, we cannot speculate on possible outcomes at this point.”

After closing the sale of its handset business, Nokia is expected to name its new chief executive to succeed Nokia’s former CEO Stephen Elop who will join Microsoft. Rajeev Suri, who currently leads Nokia’s mobile network business, and engineered its successful turnaround, is widely expected to become the new CEO.

Nokia is also expected to announce what it plans to do with what its Chief Financial Officer Timo Ihamuotila has called “excess cash” it gains from selling the handset business.

According to analysts’ estimates compiled by the Swedish agency SME Direkt in early April, Nokia could pay €2.5 billion in dividends of its 2013 earnings. That would translate to a dividend payout of €0.60 per share. Nokia hasn’t confirmed any specific details about payouts to date.