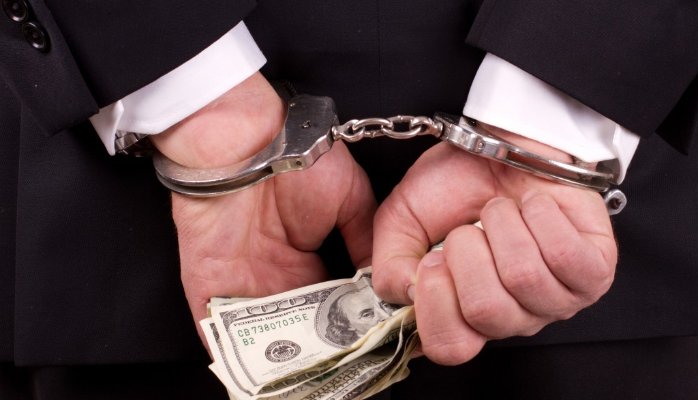 Last month, Dutch telecom company, VimpelCom Limited, agreed to pay $795 million in penalties to U.S. and Dutch authorities for bribing government officials in Uzbekistan, in violation of the U.S. Foreign Corrupt Practices Act (“FCPA”) and Dutch law. VimpelCom’s CEO is facing criminal charges, government forfeiture actions were launched to recover hundreds of millions of dollars, and an independent monitor was appointed to supervise the company for at least three years.

While that case sounds egregious, massive penalties for corporate bribery are common. In recent years, Siemens AG was fined $800 million in the U.S. and $800 million in Germany for paying bribes in Argentina; Alston SA was fined $774 million for bribery in several countries; a Chinese court fined GlaxoSmithKline $500 million for bribing doctors in China; BAE settled bribery charges for $400 million; Alcoa for $380 million and Hewlett-Packard for $108 million.

Penalties for antitrust violations can also be devastating, with U.S. criminal fines for price-fixing and related acts surpassing $1 billion in each of 2012, 2013 and 2014 and more than tripling in 2015, when five major banks were fined a total of more than $3.5 billion. Nor do those figures include the many, costly civil actions that follow most criminal antitrust investigations and the prison sentences levied on top executives.

For the above reasons and more, corporations increasingly recognize that it’s not just good ethics, but also good business to develop an effective regulatory compliance program that serves to detect and prevent criminal acts and promotes a culture of ethical conduct and legal compliance. Below are a few more reasons why establishing an effective compliance program makes good business sense.

The U.S. FCPA makes it unlawful to pay, or offer to pay, anything of value to any person, knowing that all or a portion of the payment will be given or promised to a foreign official, to gain an improper advantage in business. The FCPA also requires companies to maintain proper accounting books and records and authorizes massive civil and criminal penalties for violations.

The FCPA applies not just to U.S. entities, but to foreign companies listed on a U.S. stock exchange or doing business in the U.S., even if the conduct occurred solely outside of the U.S. In fact, many of the largest FCPA penalties have been incurred by foreign companies, including German engineering firm Siemens AG, Dutch telecom company VimpelCom Limited, French power company Alston SA and British aerospace company BAE, as noted above. Other companies fined more than $100 million under the FCPA include Halliburton subsidiary KBR, German automaker Daimler AG, French telecom company Alcatel-Lucent, Swiss company Weatherford International, Japanese construction firm JGC Corporation and others.

But the U.S. is not the world’s only anti-bribery policeman. More than 40 counties have signed on to the OECD Convention on Combating Bribery of Foreign Public Officials and most have enacted relevant legislation. Even China is attempting to crack down. The PRC Criminal Law and Anti-Unfair Competition Law both prohibit corporate bribery, as evidenced by the $500 million fine levied on GlaxoSmithKline; and more than 100,000 PRC officials have been disciplined under the regime’s broad public campaign against corruption. Avoiding bribery can be difficult in China, because favors are often expected or demanded and corporate officers in China are often government officials, but many countries are equally challenging. In its annual Corruption Perceptions Index, Transparency International regularly identifies numerous countries rife with corruption, where management of global companies should be especially vigilant.

As noted above, U.S. criminal antitrust penalties exceeded $1 billion in each of 2012, 2013 and 2014, and $3.5 billion in 2015. Plus, the U.S. government rarely loses, winning all but 28 of the 657 antitrust cases it brought from 2003 to 2012. AU Optronics, Hoffman-La Roche, Bridgestone, LG, British Airways, Samsung and others have all been fined in excess of $300 million by U.S. regulators. European antitrust penalties can be equally harsh, as six companies found in 2013 when they were fined a total of $1 billion for collusion in the ball bearing industry.

The case against Taiwanese LCD-maker AU Optronics (“AUO”) was particularly sobering. AUO was one of several manufacturers of TFT-LCD panels indicted for price-fixing and bid-rigging. The other defendants all pleaded guilty, agreeing to pay $890 million in fines, but AUO took its chances at trial and lost, receiving a $500 million fine and 36-month prison sentences for two of its top executives. The Ninth Circuit affirmed the decision, upholding the calculation of AUO’s penalty based on unlawful gains of all conspirators, not just AUO, and refusing to reduce it based on settlements paid by AUO’s co-conspirators.

Making matters worse, antitrust investigations are typically launched by governments of several jurisdictions and most government actions will be followed by a handful of class-action and other civil suits, for which treble damages and joint and several liability may apply. In fact, from 1990 to 2008, defendants paid more than $33 billion to resolve all private antitrust lawsuits in the U.S., which was four times the size of all government penalties.

EAR restrictions apply to not just obvious items such as nuclear materials, but also electronics, computers, telecommunications equipment, sensors and lasers, navigation devices, materials and chemicals. A specific license may be required to export certain items, depending on the destination and purpose, and violations are punishable by civil and criminal fines up to $1 million per violation, up to 20 years in prison, and revocation of export privileges. ITAR authorizes comparable penalties.

Last month, a Chinese national, Sihai Cheng, was sentenced in U.S. District Court to nine years in prison for conspiring to export nuclear technology to Iran. Last year, a Taiwanese national, Hsien Tai Tsai, was sentenced to 24 months in prison for exporting machinery to North Korea. As for corporate fines, a Texas company, Weatherford International, was fined $100 million for exporting oil and gas equipment to Iran, Syria and Cuba and nuclear technology to Mexico and Venezuela; and ING bank was fined $619 million for transacting business in Cuba and Iran.

Officers and employees may also incur substantial penalties in connection with the above types of matters. In 2014, a New York judge ordered two former Siemens executives, both German citizens, to pay $1.5 million in penalties and disgorgement for having paid or authorized $100 million in bribes to Argentine officials in the hopes of landing a $1 billion government contract for Siemens.

Even board members are increasingly at risk. After the government sues for non-compliance, shareholder derivative lawsuits often follow, with the shareholders “standing in the shoes of the company,” seeking compensation for alleged breaches of fiduciary duties, oversight and disclosure obligations (including obligations owed under the Sarbanes-Oxley Act). For example, a dozen suits were filed against Wal-Mart’s officers and directors after the government sued Wal-Mart for bribery in Mexico and Hewlett-Packard’s board faced a shareholder action for allegedly covering up bribes paid by HP in Russia.

Prison sentences are also common. From 2010 to 2014, an average of twenty-nine individuals were sentenced to prison each year for violating U.S. antitrust laws, for an average sentence of 25 months. In the TFT-LCD conspiracy, thirteen top executives from various companies were sent to prison, including two from AUO, who each received three-year prison sentences. In another case in 2013, the former CEO of Sea Star Lines was sentenced to five years in prison for price-fixing in the shipping industry.

So, why bother with compliance?

First it should be noted that the above are just a few examples of corporate regulatory risks. Many other laws may apply, including concerning the environment, product safety, privacy, labor and employment, money laundering, securities, accounting, licenses, permits and taxes. By carefully assessing global risks, based on relevant business locations, activities and other considerations, and implementing an effective compliance program, companies can minimize the risk of devastating penalties for violating such legal requirements.

Second, companies that make good faith efforts to prevent and detect violations are more likely to receive lenient treatment if they are found to be noncompliant. The U.S. Federal Sentencing Guidelines state that expressly. Take the case of Garth Peterson, a former Managing Director in Morgan Stanley’s Shanghai office, who was charged with paying unlawful bribes in violation of the FCPA. Although Mr. Peterson was convicted and sentenced to 51 months in prison, the government chose not to pursue Morgan Stanley, because it had trained Mr. Peterson on the FCPA seven times, reminded him to comply with the law at least 35 times, and promptly fired him for the misconduct.

Finally, compliance, ethics and integrity are not costs but assets. Aside from the considerable cost-savings they produce, surveys show that investors, employees and consumers prefer ethical and legally-compliant companies. Compliance is good for the bottom line, generates employee pride, enhances customer loyalty, boosts stock prices and minimizes pressure from activists. People reward a company that is not just successful but good.

The author, Chris Neumeyer, is an attorney with Duane Morris LLP, a global law firm with over 700 attorneys that assists companies to develop effective compliance programs and resolve major regulatory disputes. He has been based in Taiwan since 2000. Please feel free to contact him for a complimentary consultation.