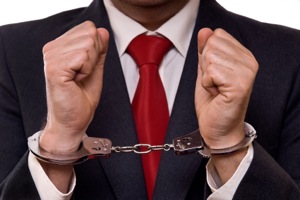 AUO was the only accused company to take the case to trial, with rivals including LG Display, Chunghwa Picture Tubes, Chi Mei Optoelectronics and Sharp Corp. all pleading guilty and paying a total of more than $890 million in fines. At trial, the jury found AUO and its executives guilty and imposed the $500 million fine. The Ninth Circuit affirmed the AUO convictions and fine. While the decision addresses many points, a few are particularly noteworthy.

Defendants argued the indictment and evidence failed to satisfy the requirements of the Foreign Trade Antitrust Improvements Act (“FTAIA”). Found at Section 6 of the Sherman Act (15 U.S.C. §6), the FTAIA states that, “other than import trade,” conduct of foreign parties is not governed by the Sherman Act unless it “has a direct, substantial and reasonably foreseeable effect” on U.S. commerce and such domestic effect “gives rise to” plaintiff’s claim.

Interpreting that language, the Ninth Circuit explained that the FTAIA excludes certain foreign conduct from coverage, but the FTAIA does not apply to import trade conduct. Conduct related to import trade is clearly governed by the Act and, in this case, the court found plenty of evidence that the defendants engaged in “import trade,” including importing over one million price-fixed panels per month into the U.S. Because the court found evidence of illegal conduct with respect to import trade was sufficient to support the conviction, it seemed to have little reason to discuss possible exclusion under the FTAIA, but it did so anyway.

Defendants argued the effect of any price-fixing on the domestic market was not direct, because the panels passed through multiple manufacturers, assemblers, suppliers and customers, in China, Singapore, Taiwan, Japan and Mexico, before being imported into the U.S. Because the court affirmed based on import trade, it refused to determine whether the effect of defendants’ conduct was sufficiently direct, but it did reiterate its prior holding that, for purposes of the FTAIA, “direct effect” requires a proximate cause standard (i.e., the effect follows as an immediate consequence of defendant’s conduct), rather than a lesser “but for” standard. See, also, United States v. LSL Biotechnologies, 379 F.3d 672, 680 (9th Cir. 2004).

Most dramatic, however, was the discussion concerning the $500 million fine. Under the Alternative Fine Statute, 18 U.S.C. §3571(d), a defendant may be fined not more than the greater of twice the gross gain or twice the gross loss caused by the defendant’s wrongful conduct. In this case, the jury found all participants in the conspiracy received combined gross gains in excess of $500 million.

AUO argued the jury was wrong to base AUO’s fine on gross gains by all defendants, claiming it should have been based on just improper gains attributable to AUO. The Ninth Circuit disagreed finding, “the statute unambiguously permits a ‘gross gains’ calculation based on the gain attributable to the entire conspiracy.”

AUO also argued the district court erred in failing to follow principles of joint and several liability, so AUO’s portion of the $500 million fine should be reduced in proportion to fines paid by the co-conspirators. The Ninth Circuit also rejected that argument finding, “no statutory authority or precedent supports AUO’s interpretation of the Alternative Fine Statute as requiring joint and several liability and imposing a ‘one recovery’ rule.”

Lessons learned: (a) Companies should be extremely careful to avoid discussing prices and related issues with competitors (prudent companies will develop and implement comprehensive corporate antitrust compliance programs), (b) Potential penalties in U.S. antitrust actions are immense, and (c) Be wary of taking your case to trial, rather than settling, because consequences could be far worse.

For assistance with antitrust matters, contact an antitrust lawyer.