In the U.S., trade secret theft was already prohibited by civil laws in every state and by federal criminal law in the Economic Espionage Act (“EEA”) of 1996. However, proponents of the DTSA had argued a federal law was needed to bring greater uniformity to civil trade secret actions and provide new tools to combat the growing threat posed by the theft of trade secrets. END_OF_DOCUMENT_TOKEN_TO_BE_REPLACED 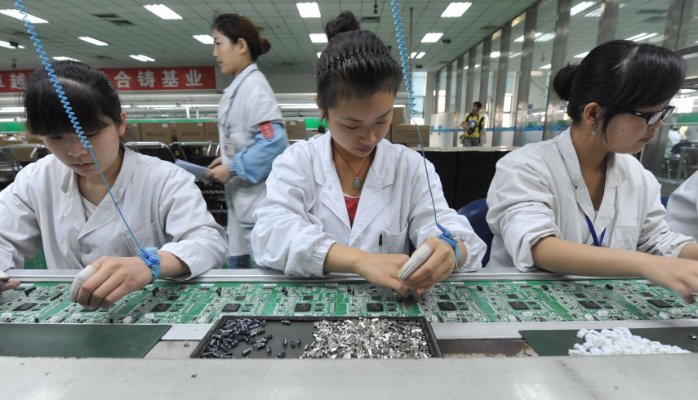 Yes, despite the fundamental principle that patents are enforceable only within the countries where they are granted, there are circumstances in which U.S. law authorizes liability, either as a direct or indirect infringer, for what appears to be foreign conduct. While proper evaluation of any legal scenario requires consultation with a qualified attorney, this article will briefly summarize a few basic points concerning the extraterritorial reach of U.S. patent law. END_OF_DOCUMENT_TOKEN_TO_BE_REPLACED

Any litigant in Taiwan who seeks discovery from a U.S. adversary will face serious challenges, because Taiwan’s legal system lacks a formal discovery system. There are no procedures for interrogatories, document production requests or depositions. Moreover, even if a litigant were to apply to the Taiwan judge and obtain an order requiring discovery responses from a U.S. entity, any attempt to enforce that order would have to be made from Taiwan to the U.S. through a cumbersome letters rogatory process.

However, there may be a solution under U.S. law. 28 U.S.C. §1782 states that the U.S. district court where a person or entity is located may order that person or entity to give testimony or produce documents or things, for use in a foreign or international tribunal, upon application of an interested person. So, is that the answer? May a party to legal proceedings in Taiwan use §1782 to obtain discovery from a U.S. party? Perhaps, but subject to certain limitations.

First, there’s the question of whether the demanding party qualifies as an interested person. Fortunately, if the demanding party is a litigant there should be no problem, as the U.S. Supreme Court has explained in Intel Corp. v. Advanced Micro Devices, Inc., 542 U.S. 241, 254 (2004) that, “litigants are included among, and may be the most common example of, the ‘interested person’ who may invoke §1782.” END_OF_DOCUMENT_TOKEN_TO_BE_REPLACED

It is common in U.S. patent litigation for a party accused of infringement to seek to depose inventors of the patents-in-suit. If the inventors are officers, directors or managing agents of a party and live or work in the U.S., it should be a routine matter to compel their depositions pursuant to the federal rules of civil procedure (FRCP). If the inventors are located outside the U.S. and do not consent to be deposed, the process is more burdensome, but often their depositions can be compelled pursuant to the provisions of the Hague Convention or other relevant treaty.

However, the process may be especially difficult if the inventor is located in Taiwan, is unwilling, and is no longer, or never was, employed by a party. First, Taiwan is not a signatory to the Hague Convention, so any attempt to compel the unwilling witness will have to proceed by way of letters rogatory. Second, if the inventor is not an officer, director or managing agent, the FRCP won’t apply and one must find another legal basis for ordering the testimony.

What the courts gloss over is the extreme difficulty a party may encounter attempting to compel the inventor to comply with the order if the inventor refuses. In Taiwan, in particular, parties generally lack such control. END_OF_DOCUMENT_TOKEN_TO_BE_REPLACED

Can a Taiwan company that manufactures products in China and delivers them in Hong Kong, pursuant to contracts signed in Taipei, be held liable for infringing U.S. patents based on those transactions, even if it never imports the goods to or does business in the U.S.? Surprisingly, yes.

Direct Infringement. Under Section 271(a) of the U.S. Patent Act it is unlawful to make, use, offer to sell, sell or import in/into the U.S. any device that makes use of a valid patent, without authority from the patent owner. To do so constitutes direct infringement.

It’s not always clear what constitutes U.S. sales. In MEMC v. Mitsubishi, a Japanese supplier sold goods exclusively to a Japanese customer, but placed shipping labels on the products indicating a U.S. destination and otherwise helped facilitate importation by the customer. Nonetheless, a U.S. court found the supplier didn’t engage in U.S. sales.

However, in LightCubes v. Nothern Light, the court found a supplier engaged in U.S. sales despite delivering the goods in Canada, because it sold them to U.S. customers. And in SEB v. Montgomery Ward, the court found U.S. sales despite delivery in Hong Kong, because the supplier manufactured the goods with North American electrical fittings, affixed U.S. trademarks on the goods, and stated U.S. destinations on the invoices. END_OF_DOCUMENT_TOKEN_TO_BE_REPLACED